A brief History of Mullion Cove Hotel.. Part one 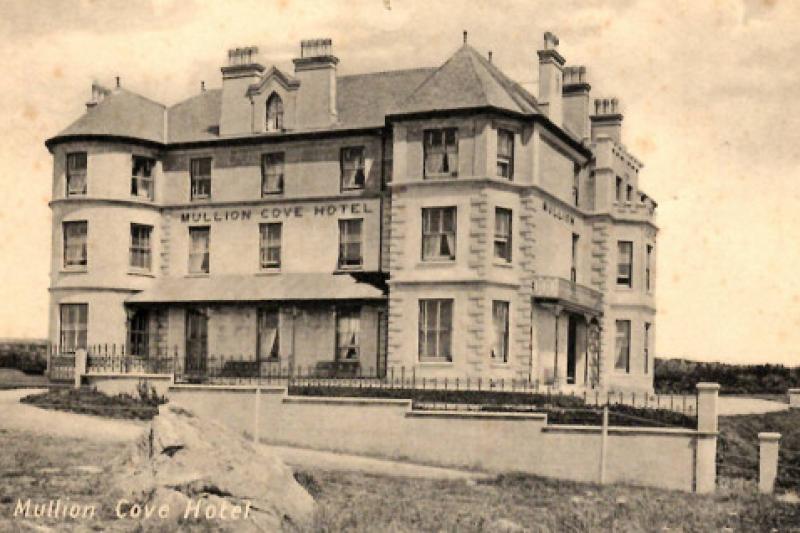 A brief History of Mullion Cove Hotel.. Part one

Over the next couple of blogs we plan to share some of the historical stories and photographs we have of our wonderful hotel. The property is steeped in history and nearly everybody locally has a story to tell about their experiences either visiting or working here. In part two we will share some more moderns stories, current ownership and how we find ourselves to where we are today.

The popularity of travel in the Victorian era saw a rapid increase in the number of visitors coming to Cornwall and with the introduction of the railways making travelling easier it was anticipated that the railway, which was operating in Helston, would be extended on to the Lizard. With this the construction of three large hotels began to meet the demand of the incoming tourists. The Poldhu Hotel (now the Poldhu residential Home) and the Pollurian Cove Hotel were first and then in 1889 The Mullion Cove Hotel Company announced the construction of the hotel on the cliffs overlooking Mullion Cove and Mullion Island. The construction contract was won by Messrs. Winnand Son of Helston and it was declared that the hotel would open in the Easter of 1898.

It was later announced that the railway wouldn’t be extended onto the Lizard, however, this did not halt the popularity of Mullion Cove Hotel to its Victorian visitors 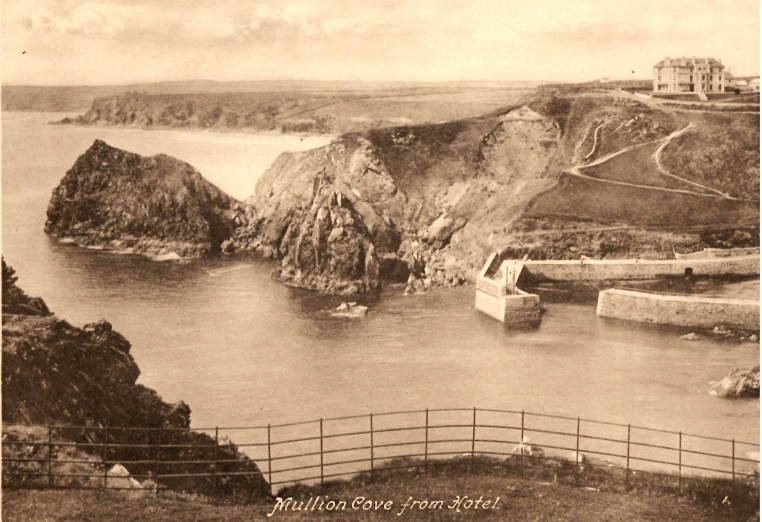 The site of the hotel was chosen as it sits at the top of the cliff and has amazing views over a wide area. From the top floor rooms, it had views of Constantine and Mable, while to the north a view of Wendron and Crowan, while the West Porthleven, St Michaels Mount, Penzance, Newlyn and onto Penwith. When the hotel was built it sat in two acres of ground and was built from locally sourced stone. In order for the construction to commence, Lord Robartes of Lanhydrock financed the road which all our guests now drive up.

The original layout saw an elaborate pitch pine staircase (which is still in place to this day) reading rooms, a billiard room, coffee lounge and two large sitting rooms. There was a large dining room, and the hotel was illuminated throughout by 140 electric globes. The hotels electricity was provided by a Crossley 7hp oil engine which was housed in a specially built building at the rear of the hotel. On the first floor there were 17 bedrooms and 18 on the second. The below illustrations were drawn before photography was as common as it is today and we estimate these drawings date around 1910. 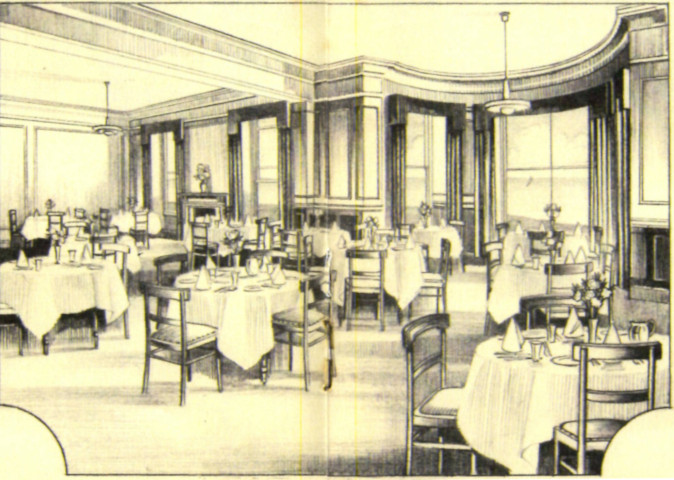 In 1899 Veal and Co laid the electric cabling from the hotel to the main pier head where an electric light was fitted to aid the boats return during the evenings. It was the job of the Restaurant Manager at the time to ensure the light was turned on each evening. If you look hard the switch can still be found in the restaurant to this day. 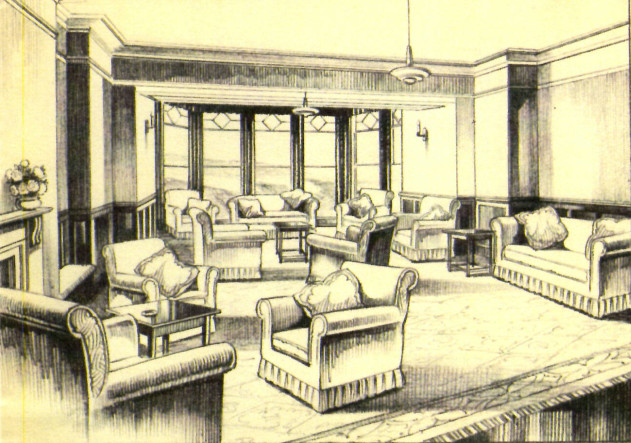 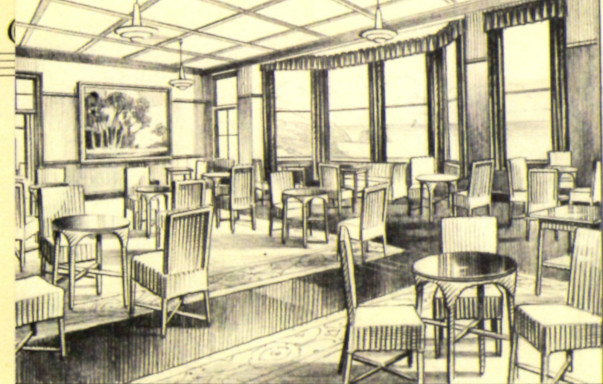 In 1910 the Mullion Cove Hotel company took over The Retreat a popular refreshment room on the harbour serving light refreshments to visitors. Porthmellion Café now sits in its place and is now owned and managed by the Pearson Family.

Cove Hotel Bathing Huts – Visitors in the 1950s and 60s would have been able to take advantage of one of the four wooden huts which were erected in the cove by the hotel for the use of our guests. The huts were incredibly popular with our visitors, however, today a rusty wooden bench (perhaps made from the remnants of the huts) sits in their place – a wonderful spot to watch the world go by. Picture supplied by Mullion Old Cornwall Society. 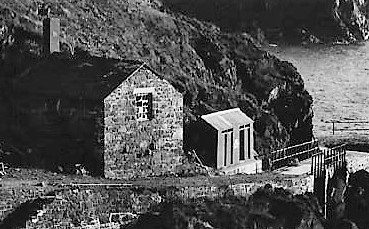 Mullion Cove Huers Hut - Just past the cannon on the headland sits the remains (now very much overgrown) of a Huers Hut – constructed in the early 19th Century, this boat shaped waterproof building was used by local fisherman to look out for herring schooling in the bay. Fittingly the roof structure was made of an upturned boat, the bow pointing North.

Research for this blog was taken from the Mullion Cove Hotel archives, "A History of Mullion Cove - Cornwall" by Robert Felce and Mullion Old Cornwall Society