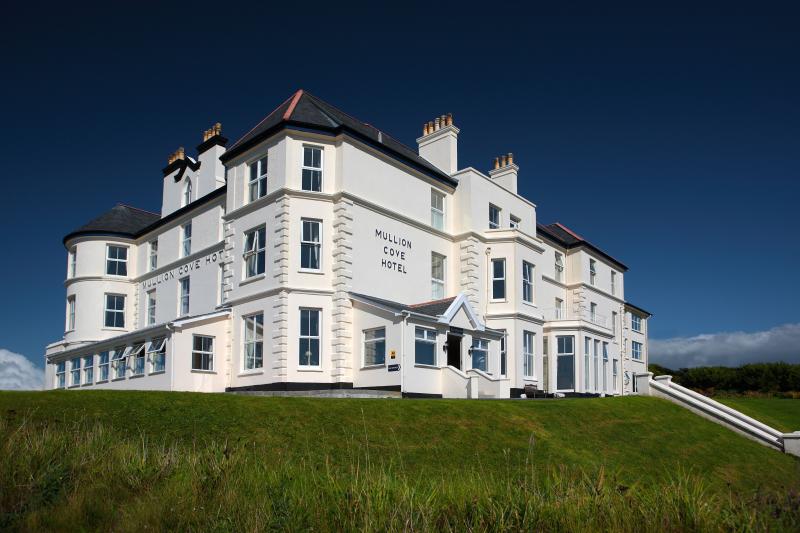 In 2006, The Mullion Cove Hotel was purchased by the Grose family who had been operating the Thurlestone Hotel since 1896 (just a few years prior to Mullion being built). The Managing Director at the time, Graham Grose, described the room bathing facilities as a “two Scotch bath” as by the time the water was hot enough for a bath you had enough time for two scotches in the bar before returning to your room for a pre-dinner wash.
An extensive refurbishment program began shortly afterwards. A new roof was first on the agenda, followed by room refurbishments and the refreshing of the seaview suites. The upgrading of the internal plumbing and introduction of modern boilers have been enjoyed by our guests ever since.

The hotels original 42 rooms have been re-designed and transformed into 30 spacious rooms, all en-suite.  All ground floor lounges were refreshed and in 2012 the Cove Bistro was wonderfully transformed into the Glenbervie Bistro offering an alternative to the fine dining offered in the Atlantic View restaurant, which has maintained two AA rosettes since 2013 - a far cry from the 1940’s menus found in our archives below. 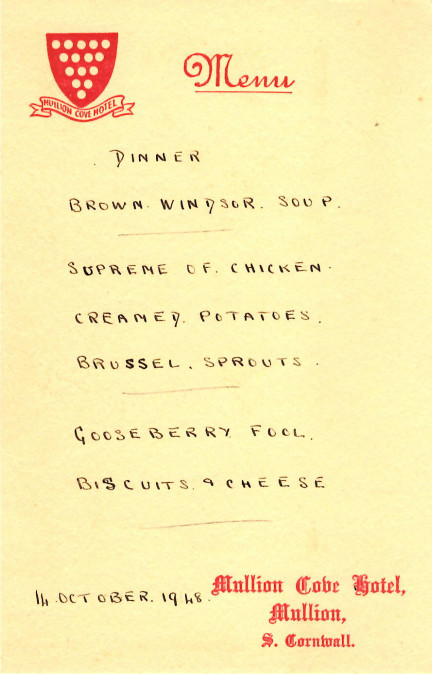 In 2014, The Mullion Cove Hotel acquired what was originally called “Jose’s Fish Cellar” when it was built harbour side in 1841. The cellar consisted of a substantial stone built building, with two sections, one having a pyramidal roof and an upper storey. Very little is known about the building, other than it was used for the storage of nets, pots and processing of pilchards until it was converted into residential housing in the 1930’s. When the Grose family took on the property it was then known as the Old Cellar House. A complete remodel was completed in 2013 and it was renamed the Harbour Apartments. It now boasts four luxury self catering apartments all with unrivalled sea views and the same level of high service which has been associated with the Mullion Cove Hotel since 1898. If you look closely you can still see some of the original stone foundations in the current building. 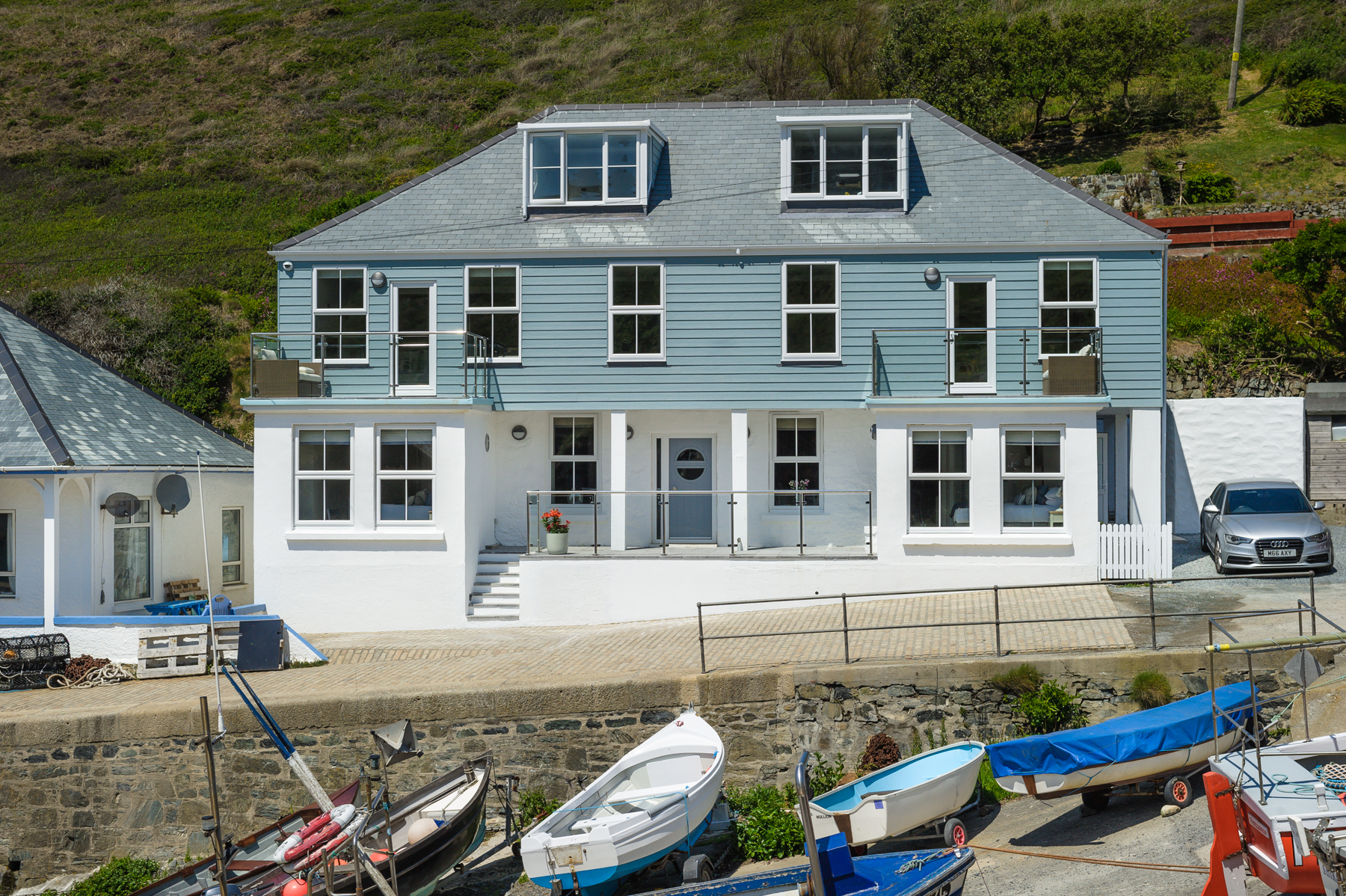 In 2018, the Grose family purchased Trenowyth House (meaning “home” “new” in Cornish), an old doctors house located a short walk from the hotel and latterly four residential apartments.
The apartments were acquired in order to extend the already successful self-catering operation the hotel was providing in the harbour. In April 2019, following a complete remodel and refurbishment, the Harbour View Apartments were opened and very well received by our guests wanting a self-catering holidays.

All of our apartments have been named after famous women of Cornwall or women of Cornish literature. Guinevere, Demelza, Rebecca and Penelope are located harbourside and Verity, Rowena, Daphne and Morwenna located at the Harbour View Apartments.

2019 was the busiest year for expansion in our most recent history, as also in this year our luxurious spa was opened. Positioned in a unique location, the Spa offers stunning panoramic views of the sea and Mullion Island. The spa takes inspiration from our local surrounds using the local granite, copper, bronze and tin used in its construction. This nine-month long project brought the hotel up date and offers what modern travellers want. 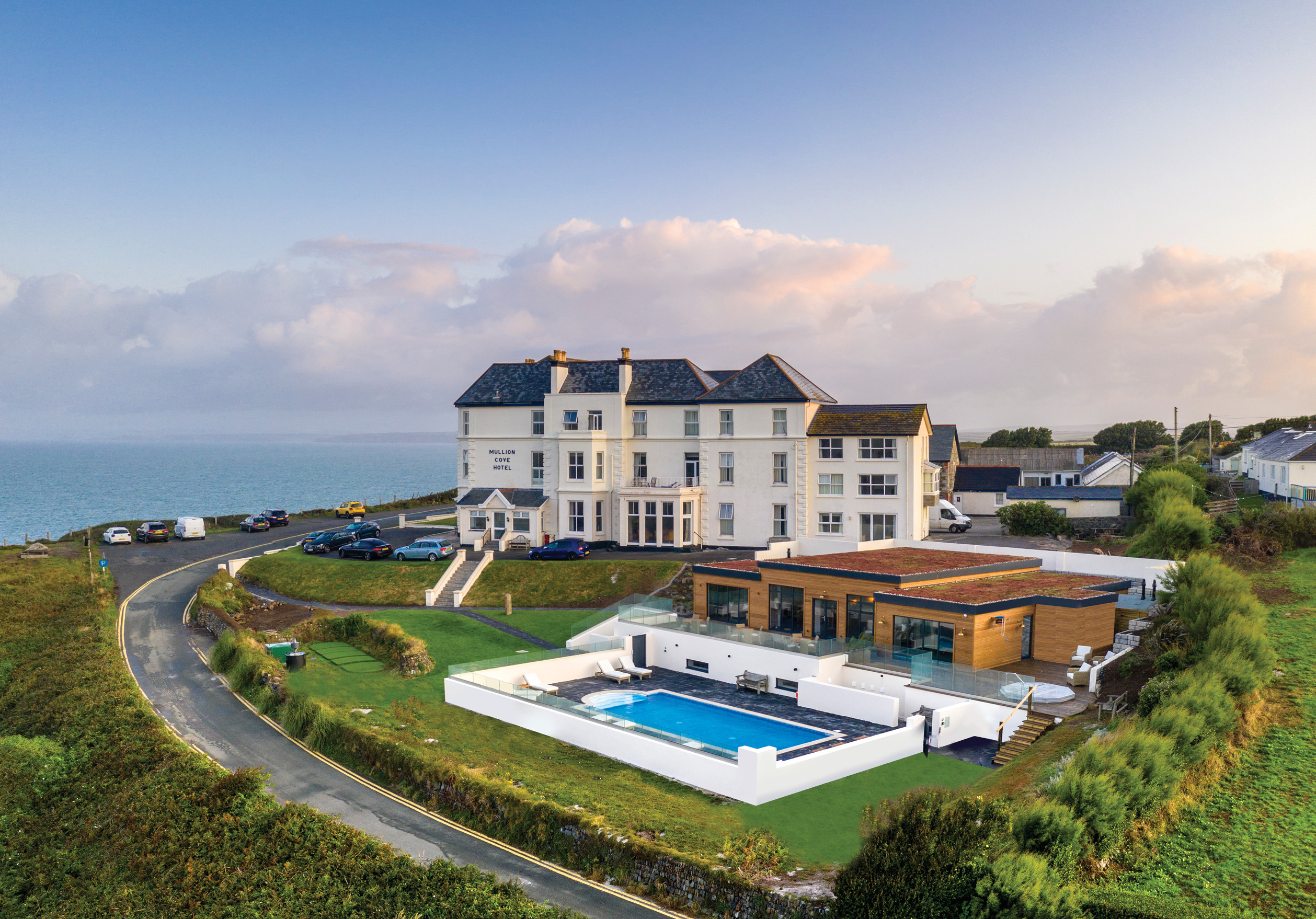 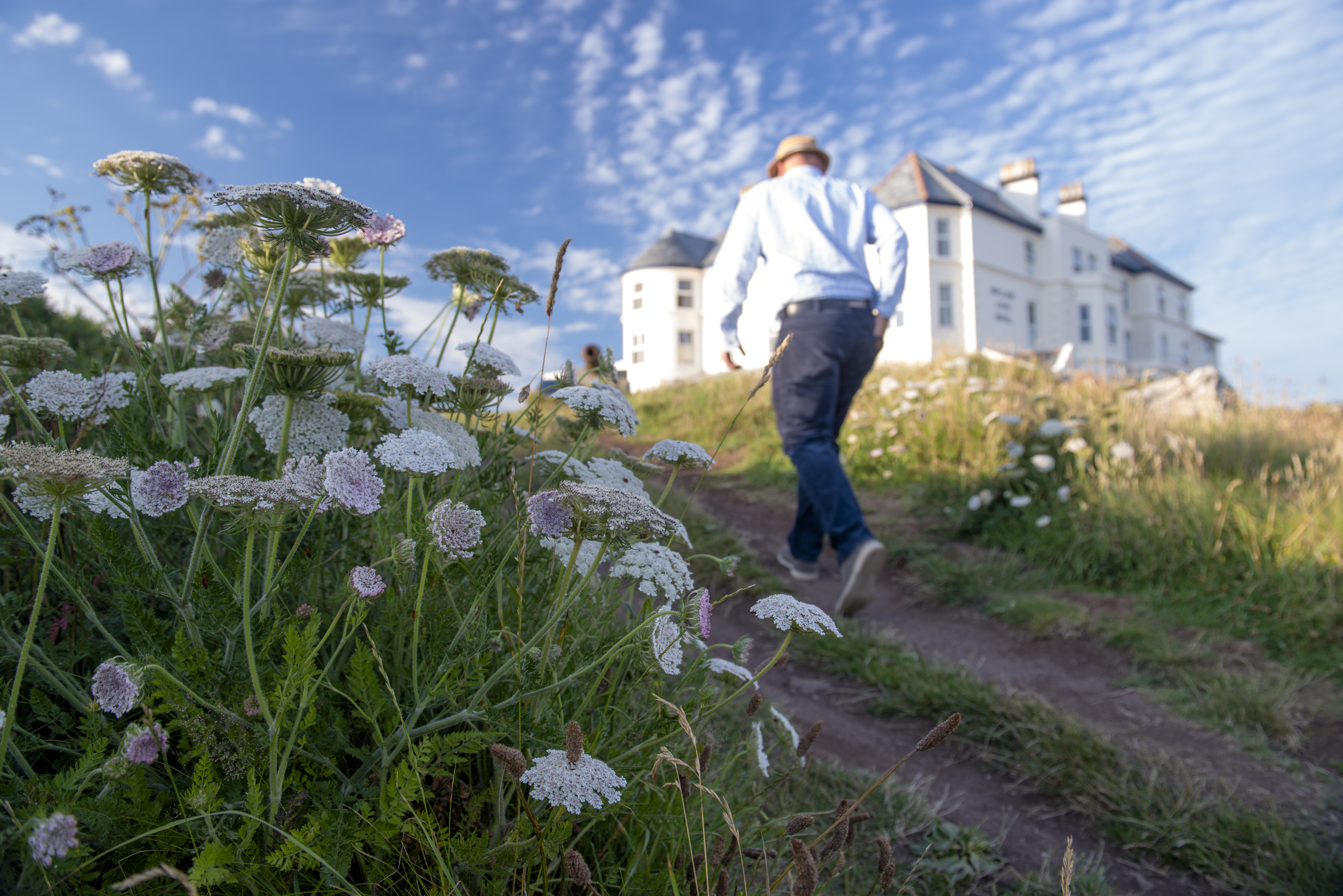